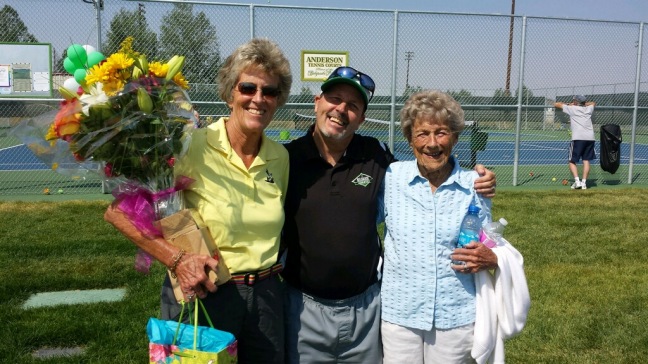 Marcia Anderson, who funded the construction of the new Belgrade tennis courts and two years of high school tennis in Belgrade, passed away on December 31 in Santa Barbara, CA. She was 95.

In 2013, Marcia enthusiastically offered to pay for the new courts and the tennis program. The courts were completed in 2014 and the ribbon-cutting ceremony was held in August of 2014.

Marcia was a strong advocate of healthy activities for youth. She was so pleased to hear how many students became involved in the tennis program and the successes they had. As a former tennis player herself, she liked knowing the courts were being used by adults in the community as well.

Marcia’s generosity was evident in many ways throughout Gallatin Co. over the years, as a philanthropist for Heart of the Valley Animal Shelter, the riding arena at the Fairgrounds, the MSU Bobcat/Anderson indoor tennis facility, the Three Forks tennis court, the paddle tennis courts at Riverside and, most recently, the repair costs for the Bogert Pavilion.

Marcia’s vision and generosity will have a positive impact on this valley far into the future.

Her selfless commitment to making improvements in her community is an inspiration and an example of what is possible.

Recently, an article ran in the Bozeman Daily Chronicle featuring Marcia as well.

That’s right, we’ve got just enough folks to run our last session of Tennis Night Live. However, we still have spots open, so if you haven’t already, get signed up!

We are open to both beginner and advanced level players, as we will run two drills and include opportunities for both levels of play to get match experience, too.

Find out more about our Tuesday drills and Thursday matches on the Tennis Night Live signup page, and then save yourself a spot!

See you on the courts.

Unfortunately we need to cancel Session 2 of Tennis Night Live, scheduled to begin on August 6. We did not have enough registered, confirmed and paid to book the courts and our instructors.

However, we plan to be offering our Session 3 in full earnest as we already almost have enough registrants. Session 3 is scheduled to begin Tuesday, September 3. If you have not yet registered or paid for that session, head over to the registration page and do so as soon as possible.

Thank you for your understanding! 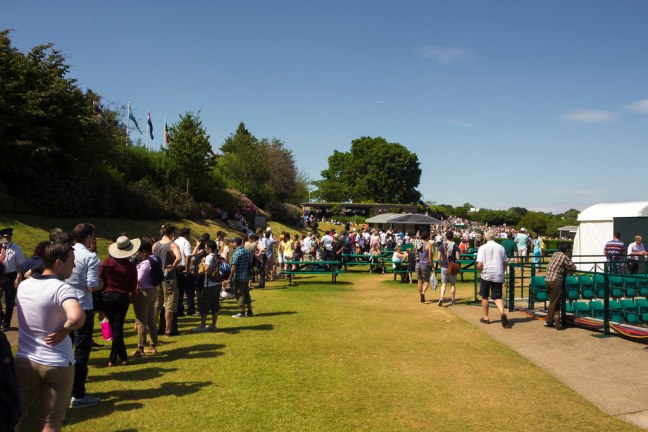 It’s Justin here with a quick note about Tennis Night Live sessions 2 and 3.

We need more registrants to run these sessions!

You are always welcome to drop-in and join for $10/night, but if we do not have 6 people registered for the session, we cannot run it. We will let you know before session 2 starts on August 6 if it is running.

You’ll save money by registering ahead! If you’re going to miss one or two nights, you’ll still save with the session rate of $60 (it’s like getting two nights free!)

We’re glad to provide drills in the valley – it’s been a small dream of mine for the last 4 years and I’m glad to finally have them happening!

Let us know if you have questions.

Tennis Night Live is a fun tennis environment where juniors and adults come together to work on their tennis fundamentals, strategy and match play at the Margaret Anderson Tennis Courts at 600 Spooner Road in Belgrade.

What you need to know.

We have 3 sessions this summer for you to join starting July 9.

Each session has 8 nights.

Find out more and register on the Tennis Night Live program page.